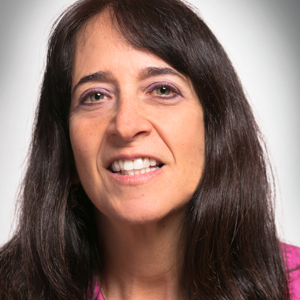 Adults with rheumatoid arthritis (RA) are generally classified during diagnosis as seropositive or seronegative RA based on the presence of biomarkers found in the blood. Regardless of classification, symptoms tend to be similar.

When children are diagnosed with RA, it is called juvenile RA, juvenile chronic arthritis, or juvenile idiopathic arthritis (JIA). The condition may or may not disappear as the child grows up.

Between 60 to 80 percent of people with RA are diagnosed as seropositive. If your blood test shows the presence of anti-cyclic citrullinated peptides (anti-CCPs), proteins that provide evidence of an autoimmune reaction, you are considered seropositive. Anti-CCPs can show up in the blood five or even 10 years before RA symptoms appear. Presence of rheumatoid factor (RF) in the blood may also be used in classifying someone as seropositive.

If you are diagnosed with RA, but anti-CCPs and RF are not found in your blood, you will be classified as seronegative.

People with seronegative RA often have a milder disease course than those with seropositive RA.

Read more about how RA is diagnosed.

Similar to other types of RA, juvenile RA symptoms include swelling, pain, and stiffness of the joints. While symptoms may go into remission with age, some children will continue to have RA-related symptoms in adulthood. In addition to the joint symptoms, juvenile RA may also interfere with a child’s growth and bone development or cause inflammation in the eyes or lymph nodes.

If I’m diagnosed with seronegative RA, could I later become seropositive?

Me, too. Negative in 40’s and positive in 50’s. So maybe it happens more often than we think, or else people have no reason yet to be tested before they… read more

Beginner's Mind - Not Knowing It All When Living with...

© 2020 MyHealthTeams. All rights reserved.
myRAteam is not a medical referral site and does not recommend or endorse any particular Provider or medical treatment.
No information on myRAteam should be construed as medical and/or health advice.